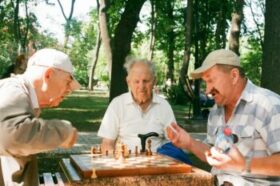 Learning how to boost brain power is important even before normal age-related changes in the brain set in. With aging come some form of memory loss, but this mild impairment does not lead to dementia as frequently feared. Knowing what to expect and ways to manage them can considerably reduce this fear in older adults.

Fortunately, several common spices and herbs (backed by scientific studies) are known to give a cognitive boost to improve brain function without causing negative side effects and are discussed in this article.

If you currently use some of them, you are already helping your cognitive functioning. Refer to your doctor if you wish to use supplements. Incorporating spices and herbs into your diet whenever possible can be beneficial.

There are 4 common causes of memory loss (Merck Manuals 2021). These are

Age-related changes in memory is the normal slight decline in brain function that occurs as people age. Older people have some memory problems and recall or learning of new things, such as how to use a new computer program, takes longer.

They sometimes forget things, such as where they left their car keys but unlike people with dementia, their ability to do daily activities or to think is not impaired. This type of memory loss is not a sign of dementia or early Alzheimer disease.

This describes impairments in mental function that are not severe enough to affect daily functioning but where memories are not just slow to recall but completely lost.

They have difficulty remembering recent conversations or important appointments, but they usually remember past events. About 14 to 18% of people over 70 have mild cognitive impairment (Merck Manuals 2021)

This is a much more serious decline in mental function. Memory loss, especially for recent information, is usually the first symptom, and it worsens over time such that older people forget entire events.

Although there are several forms of dementia, Alzheimer disease is the most common.

These older people rarely forget important current events or personal matters and usually have other symptoms, such as intense sadness, sleeping problems (too little or too much), sluggishness, or loss of appetite.

While occasionally losing your keys or forgetting someone’s name does not necessarily mean the onset of dementia, progressive memory problems and a decline in cognitive skills may be warning signs of a more serious problem.

Always consult your doctor about any strange changes you observe.

How to Boost Brain Power and Memory Naturally – Spices That Help

DIFFERENCE BETWEEN SPICES AND HERBS

Both spices and herbs are parts of plants (fresh or dried) that are used to enhance the flavor of foods. They’ve also been known to preserve foods, cure illness and enhance cosmetics.

The difference between the two is where they are obtained from a plant.

Herbs come from the leafy and green part of the plant.

Spices are parts of the plant other than the leafy parts – root, stem, bulb, bark or seeds.

The earliest written records of spices come from ancient Egyptian, Chinese, and Indian cultures. For centuries, spices have primarily been used as food flavoring or medicinal agents.

However, there is increasing scientific evidence that plant-based foods in regular diet may lower the risk of neurodegenerative diseases including Alzheimer disease.

Consequently, because spices are regularly used plant-based food additives to give flavor to food, they may prevent or even halt neurodegenerative processes associated with aging.

Studies have shown that spices, such as saffron, rosemary, pepper, cinnamon, turmeric, and ginger, have antioxidant and anti-inflammatory properties that act to inhibit the aggregation of acetylcholinesterase and amyloid in Alzheimers Disease.

Note however, that the amounts of spice ingested by humans as flavoring are not uniform or standardized, and there is no consensus that increasing consumption to larger amounts are safe or effective. This is where supplement use may be helpful because they have standard doses.

You will quickly find that overuse of fresh or dried herbs and spices results in a bitter taste to the food rather than a flavored taste. Never ingest large amounts of these spices hoping to increase their effects. If in doubt, consult your doctor.

Spices with Scientific Studies – How to Boost Brain Power and Memory

Most herbs and spices are used to make teas. Click on the Links to check for different teas, supplements or extracts

TURMERIC– HOW TO BOOST BRAIN POWER

Turmeric spice is the key ingredient in curry that gives it its yellow color. A key component – Curcumin, is known for its ability to reduce inflammation.

Another compound in turmeric called aromatic-turmerone may help brain cells repair themselves.

Curcumin has many properties which may prevent or moderate pathological processes underlying age-related cognitive decline, dementia or mood disorders. It contains at least three curcuminoids that have been shown to decrease beta-amyloid plaques and inflammation.

There is evidence from its use in a study that working memory, energy levels, calmness and fatigue induced by psychological stress were all significantly improved.

The ginger root is an anti-inflammatory agent, and may protect against neurodegenerative diseases and reduce the oxidative stress that causes brain cells to age and die.

Many love the sweet smelling savor of ginger tea.

Because ginger has natural anticoagulant properties, check with your doctor if you are taking anticoagulant medication before using ginger supplements, but you can drink the delicious ginger tea to your hearts content!.

MINT – HOW TO BOOST BRAIN POWER

Mint has been linked to better cognitive functioning with aging and its stimulating nature also benefits mental processes. Regular use of mint can help older adults remain mentally sharp and increase memory recall.

Think of how just the smell of mint tea increases your alertness! Try some mint seasoning for a change in your cooking.

According to a study published in the International Journal of Neuroscience, the scent of peppermint improves memory and focus (Moss et al 2008)

This herb belongs to the family of mint and about 350 species exist catering to a variety of uses.

Do you know that this flavorful herb helps to protect neurons in the brain from premature aging. It also increases the amount of active omega-3 DHA (docosahexaenoic acid) in the brain.

HOW TO BOOST BRAIN POWER – ROSEMARY

The rosemary herb is a member of the Mint family and is used in modern times to treat several symptoms and illnesses.

It is an antioxidant and is primarily used to prevent the damaging effects of oxidative stress that occurs during many diseases including the brain in Parkinson’s disease and Alzheimer’s disease.

Studies have shown that the antioxidants in rosemary, such as the carnosic and rosmarinic acids, are highly effective in combating this problem. Use of rosemary oil in aromatherapy diffusers create a relaxing mood.

This herb offers protection from the cognitive decline associated with dementia and may provide new hope in the treatment of Parkinson’s disease. Just the smell of rosemary has been shown to help memory. It is also an excellent additive to poultry, beef or fish.

It is believed that Sage is similar to Rosemary because of the ability to improve brain function and memory.

The spice boosts memory in both young and older people, and also minimizes the cognitive decline associated with Alzheimer’s disease. Sage inhibits an enzyme that breaks down the neurotransmitter acetylcholine, which needs to be at high levels to boost memory.

The Genus Salvia, commonly known as sage, is the largest genus in the Lamiaceae family.

It is made up of many species that have traditionally been used as brain-enhancing tonics. In vitro and animal studies have confirmed that several Salvia species contain a large array of active compounds that may enhance cognitive activity and protect against neurodegenerative disease (Lopresti 2017} .

SAFFRON – HOW TO BOOST BRAIN POWER

This spice has a deep auburn color and a sweet intense flavor. It is the most expensive spice in the world because it comes from the dried stigmas of the saffron crocus flower. Even small quantities of Grade A saffron is not cheap.

Only a pinch should be used to flavor food. The spice is good for those suffering from depression. Because it is generally expensive, taking the supplemental form appears to be the better option.

Adalier & Parker (2016) found that saffron may improve memory in people with Alzheimer’s disease.

In addition, multiple studies at the University of Teheran in Iran found that saffron was as effective as antidepressant medication in treating people with mild to moderate depression.

Pepper is usually used in cooking as a flavorful additive to certain recipes. However, there is evidence to suggest that black pepper, as well as cayenne pepper, may have significant health benefits.

Studies have shown that piperine, the primary component in black pepper, can help to improve brain function and lower the symptoms of depression.

When used along with other spices in food preparation, especially turmeric, it may enhance the bioavailability of nutrients in these foods to be readily absorbed by the body.

NUTMEG – HOW TO BOOST BRAIN POWER

The aromatic spice nutmeg can be taken to stimulate the brain and prevent stress and lack of energy.

Its ingredient – myristicin can also be effective against Alzheimer’s and other memory-related conditions as it helps to prevent the formation of beta-amyloid plaques (the plaques seen in Alzheimer’s disease).

It also contains eugenol, a compound thought to provide some protection to the heart.

CINNAMON – HOW TO BOOST BRAIN POWER

Cinnamon comes from the inner bark of a small evergreen tree native to Sri Lanka. It is traditionally used by many ancient cultures and is beneficial for a variety of ailments.

This cinnamon spice is a superfood because of its high antioxidant content along with pomegranates and blueberries. It reduces inflammation and bloating, fights bacteria, and increases alertness.

A study demonstrated that cinnamon could increase cognitive functioning, even through smell alone.

The warm savory smell of cinnamon spice has been found to improve working memory in older adults and people with symptoms of dementia while improving blood flow to the prefrontal cortex. Cinnamon is perfect for baking, cooking and making smoothies.

Many common spices we already use were found to be beneficial in this research on how to boost brain power. Usually, memory loss results from normal age-related changes in the brain, which slightly slow mental functions but do not significantly impair them.

10 spices that have scientific validation are deemed beneficial in boosting brain power. Spices are generally used sparingly to add flavor to food and you should not increase amounts consumed. Always consult your doctor if you wish to use a supplement.

References – How to Boost Brain Power

Amen Clinics (2020) Do You Know the 9 Herbs and Spices that Fight Memory Loss?

UPMC Health Beat (2015). NEUROSURGERY AND BRAIN HEALTH. 4 Spices That Give Your Brain a Boost. https://share.upmc.com/2015/02/spices-boost-brain/

To comply with Federal Trade Commission (FTC) Regulations, note that as an Amazon Associate and other Merchants Associate, I earn from qualifying purchases on this site